HARRISBURG – This month, “A Conversation with Senator Gene Yaw (R-23)” visits the Eagles Mere Auto Museum, showcasing the ultimate private collection of American made cars and trucks from the 1950s and 1960s.

With two floors of over 75 classic vehicles, the museum represents an era when the United States dominated the auto manufacturing industry.  In addition to the vehicles, there is an expansive collection of neon signs, bicycles, and other automobile-related memorabilia.

“This museum is a must-see for any ‘motor head’ or car enthusiast,” said Sen. Yaw.  “As you stroll through the museum, you travel back in time to see one of man’s greatest inventions.” 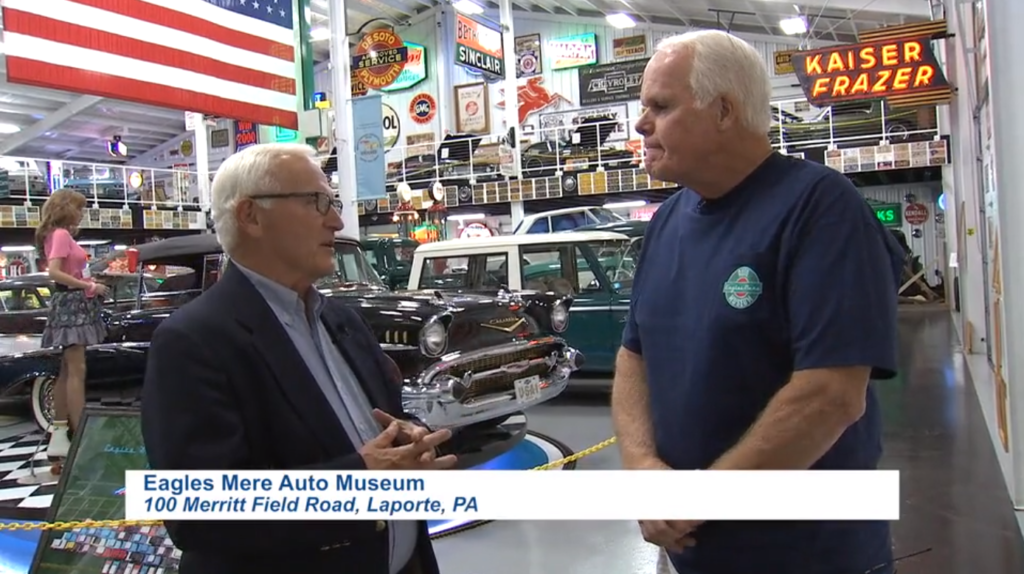