The Guardian of Small Business Award is the most prestigious honor that NFIB bestows on legislators in recognition of their efforts to support small business issues through their Voting Record.  The Voting Record identifies top issues for Pennsylvania small business owners, tracks the votes of every legislator, and calculates a score on a scale of 100-percent.

Sen. Yaw’s award was based on votes he took during the 2017-18 Legislative Session. He made many votes beneficial to small business, according NFIB, including and not limited to:

“I am grateful for the leadership of NFIB Pennsylvania Legislative Director Rebecca Oyler, and I am honored to receive the Guardian of Small Business award from our state’s voice for small businesses,” Sen. Yaw said.  “Our small businesses need certainty and stability, and we must continue working to improve our business climate across the 23rd Senate District and the state.  I am happy to support their efforts.” 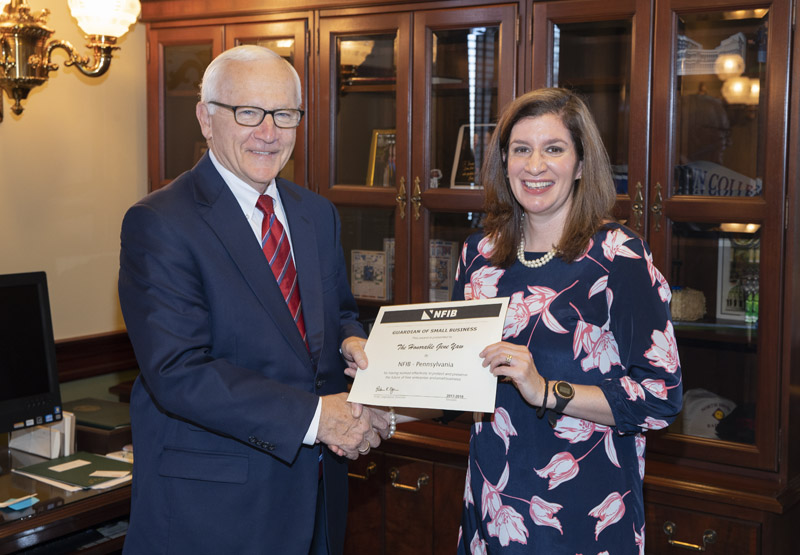