HARRISBURG – The state Senate and House of Representatives on Monday honored several members of the Loyalsock Township Lancer Marching Band during their visit to the State Capitol in Harrisburg, according to Sen. Gene Yaw (R-23).

“To win one championship is a phenomenal accomplishment, but to win two in a three-year-period is something that can only be accomplished by hard work, determination, and a desire to accept nothing but perfection,” Sen. Yaw said.  “These moments and memories will stick with the students for the rest of their lives.”

“Our students work just like any other organization at the school, incredibly hard,” said Ryan Bulgarelli, Director of Bands, Loyalsock Township High School.  “They start with pre-season training in March, summer rehearsals throughout the summer vacation months as well, and then weekly rehearsals throughout the school year, competing almost every Saturday and going out and marching.  It just really is a privilege and an honor to be here today to celebrate all of the work that they have put in.”

The Lancer Marching Band’s 2019 field show was entitled “Heart of the Machine,” a story of the Tin Man’s journey to find his heart. The show won first place awards in music, overall visual effect and best visual performance.

In addition to the 2017 and 2019 victories, the band is a 20-time Tournament of Bands Region IV Champion.  They performed at the 2015 National Outback Bowl Parade and Festival in Tampa, Florida, and they are the only band in North America to open for the world-renowned performing group “Drumline LIVE.”

Founded in 1958, Cavalcade of Bands is an organization composed of over one hundred member schools who come together each year to compete on the interscholastic level. 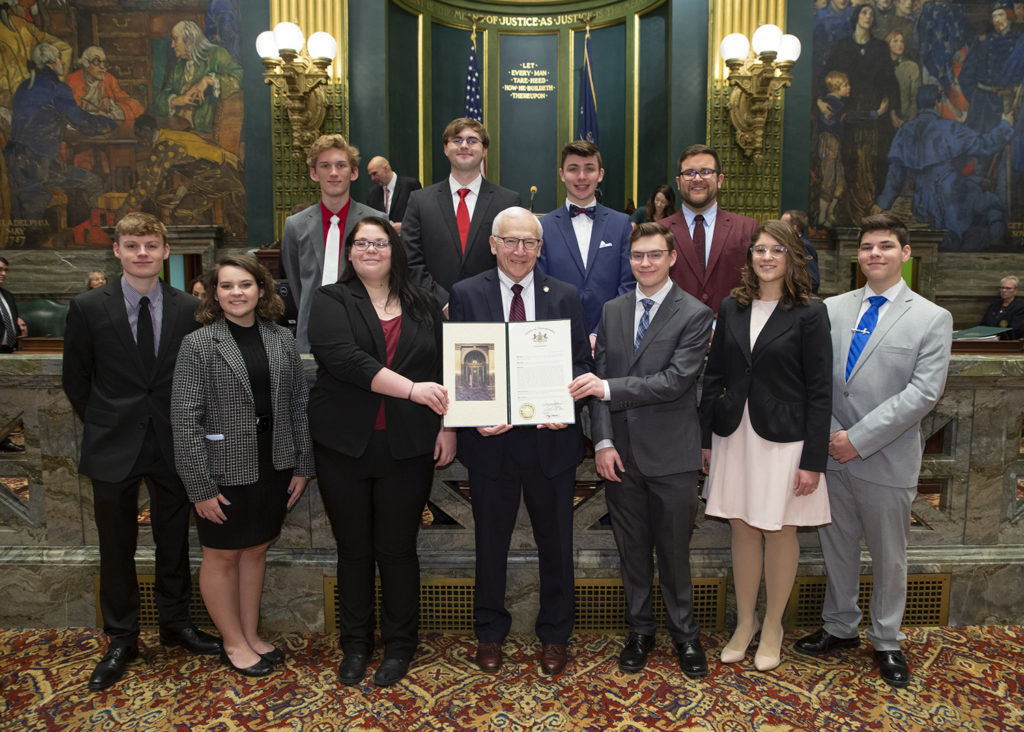