Zelienople, Pa. – Members of the Pennsylvania Senate Environmental Resources and Energy Committee met in Butler County Thursday for a behind-the-scenes look at the next generation technologies associated with long lateral, high pressure and multi-natural gas well completions, during a tour of Deep Well Services (DWS).

The senators toured the facility, while highlighting Pennsylvania’s role as a global energy leader and job creator, promoting state and national energy independence.

“The natural gas and oil industry supports over 130,000 jobs in Pennsylvania and has generated nearly $2 billion in new revenues from the impact tax since 2012,” said Sen. Gene Yaw (R-23), Chairman of the Senate Environmental Resources and Energy Committee. “Companies like Deep Well Services are growing the gas industry, supporting family-sustaining jobs, all while giving back to the local communities in which it operates.  There is no question that they are doing their part to make America energy independent.”

“Deep Well Services proudly operates in communities all over the Appalachia region and has donated over $100K in support of community services and local infrastructure projects,” said Mark Marmo, CEO, DWS. “With our dedication to safety and our culture of excellence, Deep Well Services provides financially rewarding and continually evolving career paths to local residents & veterans who often have no prior industry experience. Fifty percent of the company’s workforce resides in the Northeast, and we pride ourselves on continuing to do our part to support and expand the region’s economy. Oil and gas is here to stay, and our communities should benefit from all of the opportunities it provides.”

The state tour comes on the heels of President Trump’s visit this week to Double Eagle Energy in Midland, Texas, where he delivered remarks on his Administration’s efforts to reduce regulation, streamline the permitting of projects, and incentivize private investment in energy infrastructure, making the United States a dominant energy power.

Senator Yaw remarked that, “As a result of President Trump’s economic policies, including tax cuts and aggressive deregulatory agenda, America is expanding manufacturing, energy production, investing in new capital and technology, and creating jobs.  The future is bright for Pennsylvania’s energy sector.” 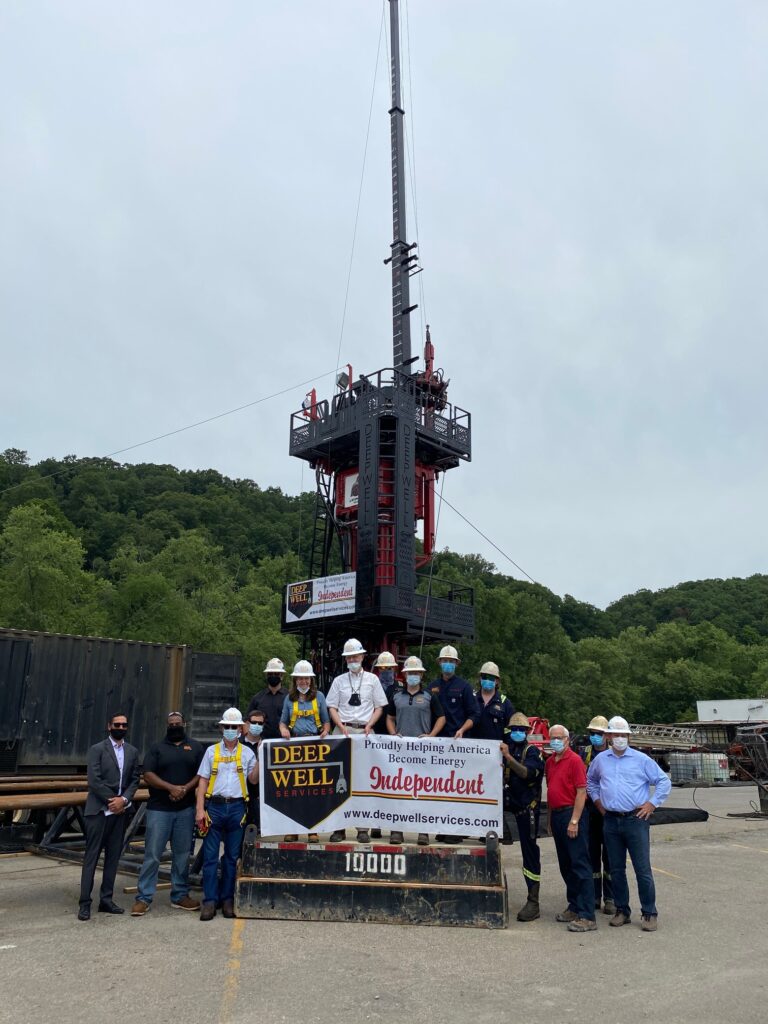 Members of the Pennsylvania Senate Environmental Resources and Energy Committee and staff from Deep Well Services (DWS), a Zelienople-based oil and gas company, are pictured at the DWS training facility on Thursday, July 30.