“Currently, Communist China serves as a primary supplier of solar panels and components throughout the world, utilizing rare earth minerals that are mined without proper environmental standards and are often acquired through the use of forced child labor,” Sen. Yaw noted.  “My bill will require that any solar panels or components purchased by the Commonwealth of Pennsylvania must be manufactured and assembled in the United States.  Additionally, no state-authorized tax credits may be used for a project, which would utilize foreign-manufactured or assembled solar panels and components. This approach ensures that, at a minimum, Pennsylvania taxpayer dollars are not used to support foreign governments that do not respect environmental standards or basic civil rights.” 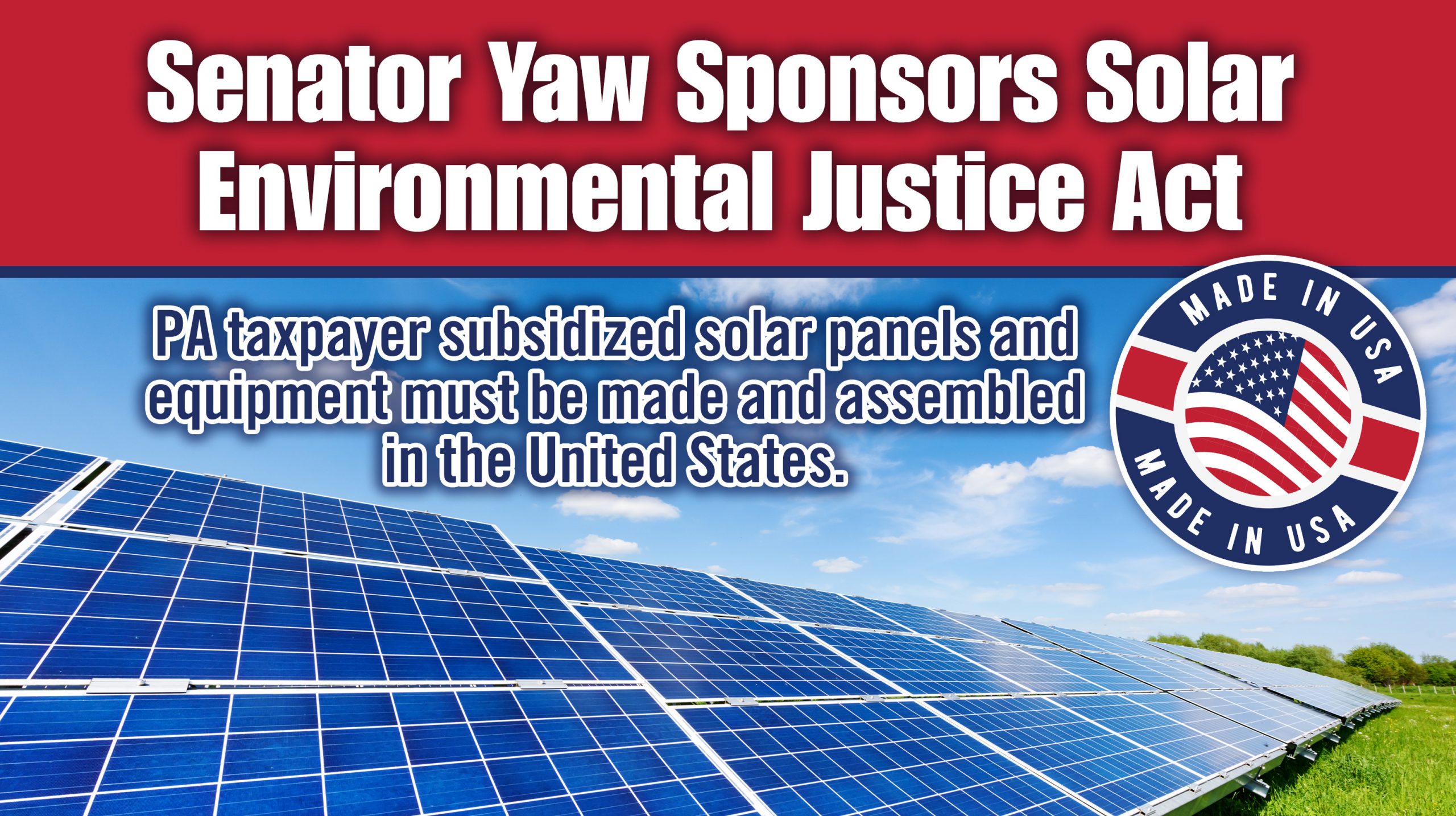 “This is a commonsense way to recognize that basic health and human rights standards should be considered when adopting “green” energy options for the Commonwealth,” Yaw added.