If funded, Senate Bill 465 would provide additional technical support to expand on-farm conservation practices throughout Pennsylvania, including high-priority areas such as the Chesapeake Bay Watershed.

“Agriculture is looked to for significant reductions to meet pollution reduction goals for the Chesapeake Bay and other major watersheds in the state,” Senator Yaw said. “Unfortunately, almost one-third of our commonwealth’s streams do not meet standards for drinking, fishing or recreation, and agriculture remains one of the largest sources of impairment. To meet the challenges, I have again introduced legislation to establish an Agricultural Conservation Assistance Program.”

The proposed plan would work similarly to the State Conservation Commission’s Dirt and Gravel Roads program. Funding would be distributed to county conservation districts throughout the commonwealth using a formula that benefits all parts of the state, while directing additional resources to areas with the greatest opportunity for improvement. Conservation districts would then partner with farmers and landowners in their communities to complete the conservation projects that make the most sense locally.  Funding could also be allocated using federal dollars. 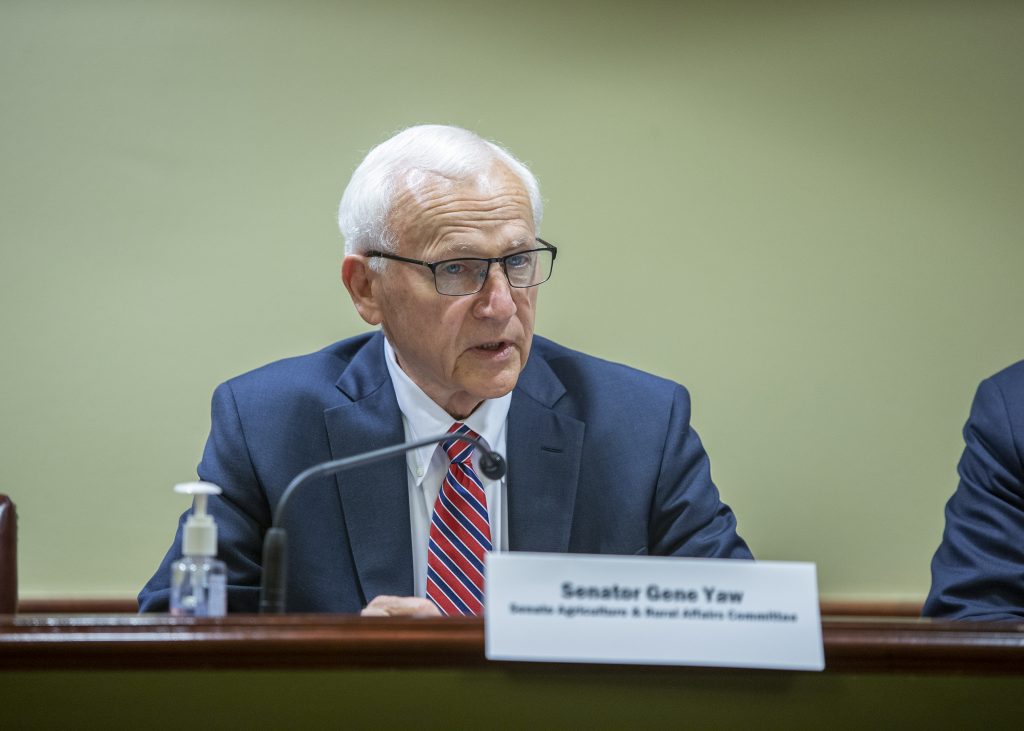 Senator Yaw spoke Monday on his bill, Senate Bill 465, that will create a new Agricultural Conservation Assistance Program, during a meeting of the Senate Agriculture and Rural Affairs Committee.