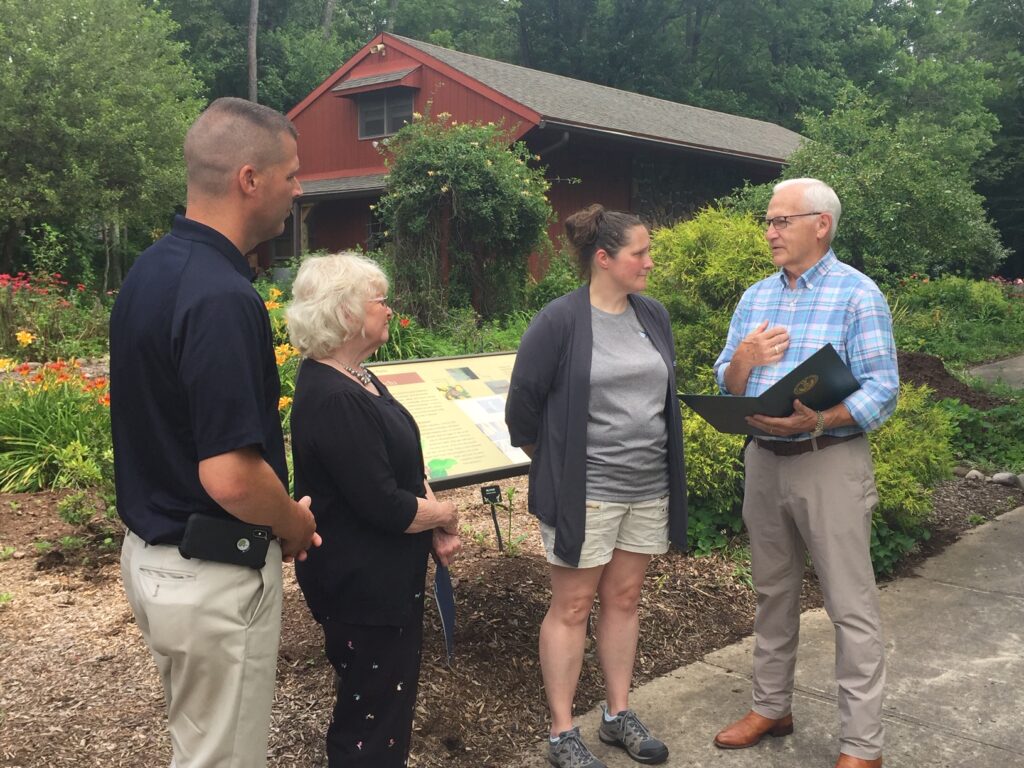 During a ceremony at Mt. Pisgah State Park on Friday, Senator Yaw was joined by state and local elected officials, conservation district staff and many other supporters who took part in the celebratory event.  Local volunteers and area businesses were also on-hand with music, food, and activities for all ages.

“For 65 years, the Bradford County Conservation District staff have worked tirelessly with landowners and communities to promote the conservation and responsible use of natural and agricultural resources all across the region,” Sen. Yaw said.  “I applaud them on this significant milestone.”

Established in 1956, the BCCD strives to lead, educate and empower people to manage resources wisely. Over the years, the district has implemented numerous programs and served as stewards of others, including the Chesapeake Bay Program, the Nutrient Management Act Program, watershed conservation and stream rehabilitation programs, emergency stream intervention and county stream initiatives, a dirt and gravel roads program, soil health initiatives and educational programs.

“BCCD has developed a strong reputation for the highest quality of service throughout its history,” Sen. Yaw added. “It has become a leader in the community and a model that is worthy of emulation. Over the years, those in leadership positions, as well as its staff members, have contributed in a tremendous way to its growth and development.”