“I am humbled by this recognition,” Sen. Yaw said. “I am proud to stand with Americans for Prosperity and my fellow conservatives in the state in support of our constitutional rights and commonsense policies.”

According to the AFP-PA website, the legislative scorecard informs voters on which lawmakers are the principled policy champions. It’s a tool for activists, the media, and the general public to learn how each senator and representative has voted and to hold them to account for their decisions.  Scores are calculated based on bills supported and opposed by AFP.  Legislators who sponsored aligned-priority legislation were awarded an additional point. Similarly, points are deducted from the scores of legislators who sponsored unaligned legislation.

“As an organization with a permanent grassroots infrastructure that spans the four corners of the commonwealth, accountability is a year-round commitment from our staff to activists,” said Ashley Sisca Klingensmith, AFP-PA State Director. “This midsession scorecard recognized 31 bills with 8,500 individual votes. Senator Yaw did not waiver in his commitment to minimizing the influence of Harrisburg through championing legislation that empowers Pennsylvanians to reach their version of the American Dream, unencumbered by government. For that, we thank him and congratulate him on his 104% score.” 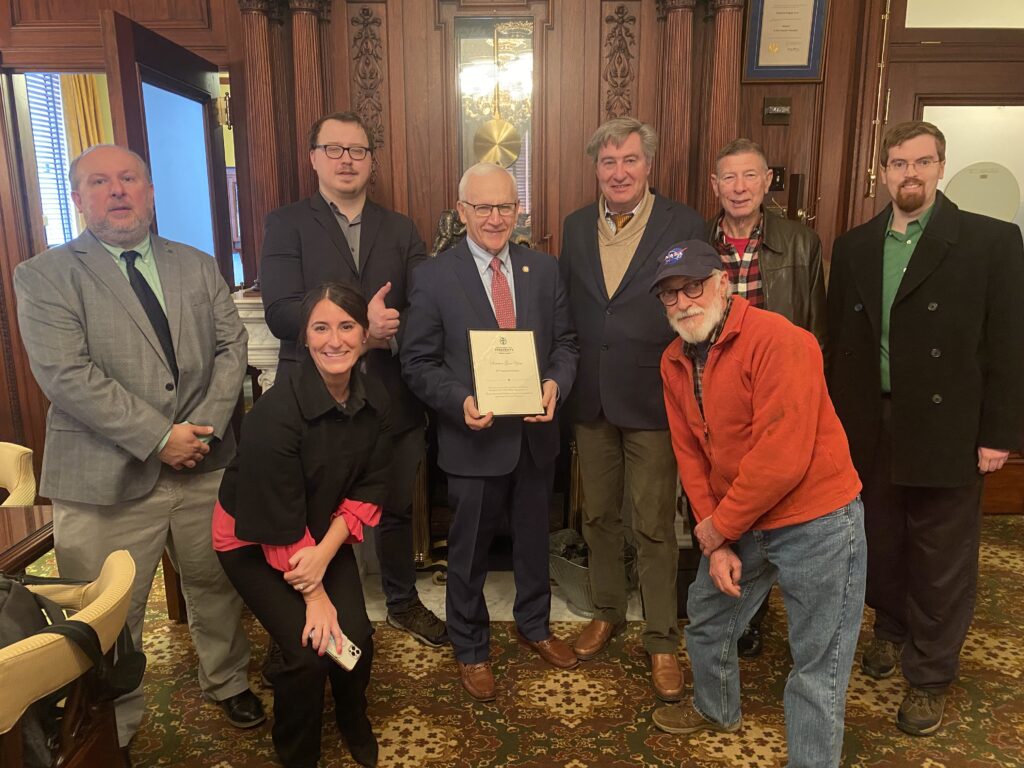 Americans for Prosperity-Pennsylvania (AFP-PA) staff and activists present Sen. Gene Yaw with a recognition certificate on his 104% Mid-session Legislative Scorecard.