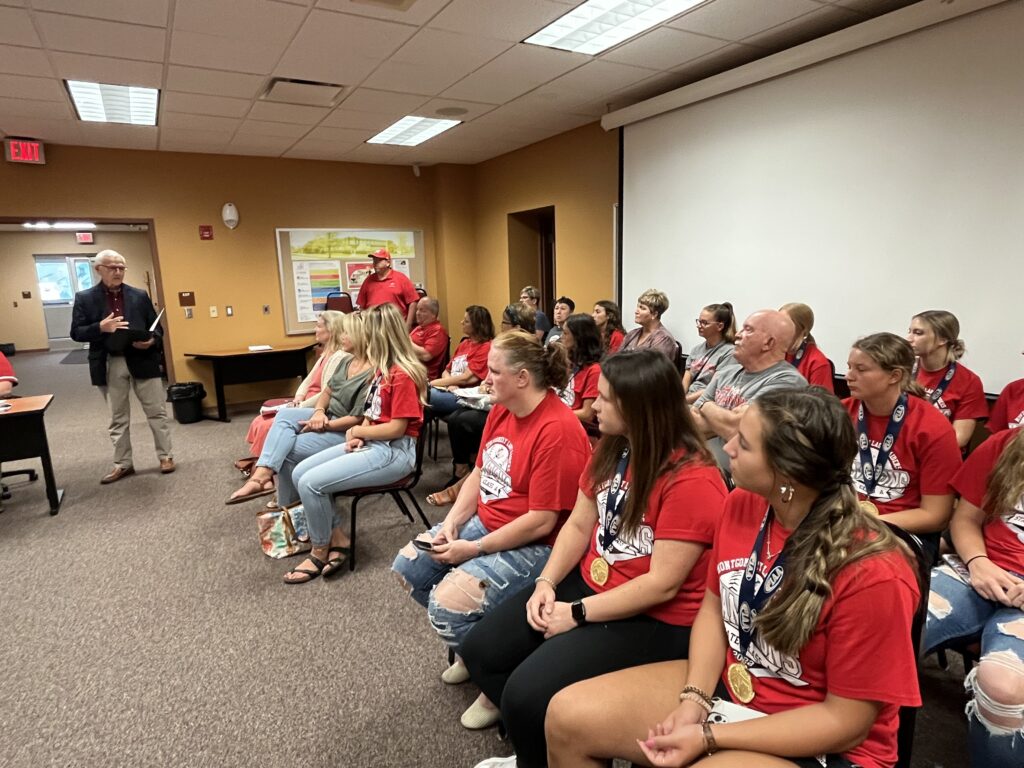 The team and coaches were on hand to receive proclamations, sponsored by Yaw, honoring their win against DuBois Central Catholic High School in June. The win marked the school’s first state championship in any sport.

“It was an honor to present the coaches and the Red Raiders girls’ softball team with Senate proclamations recognizing their outstanding athletic accomplishments this season,” Yaw said. “Their dedication, determination and hard work resulted in their PIAA Class A victory and the first ever school championship.”