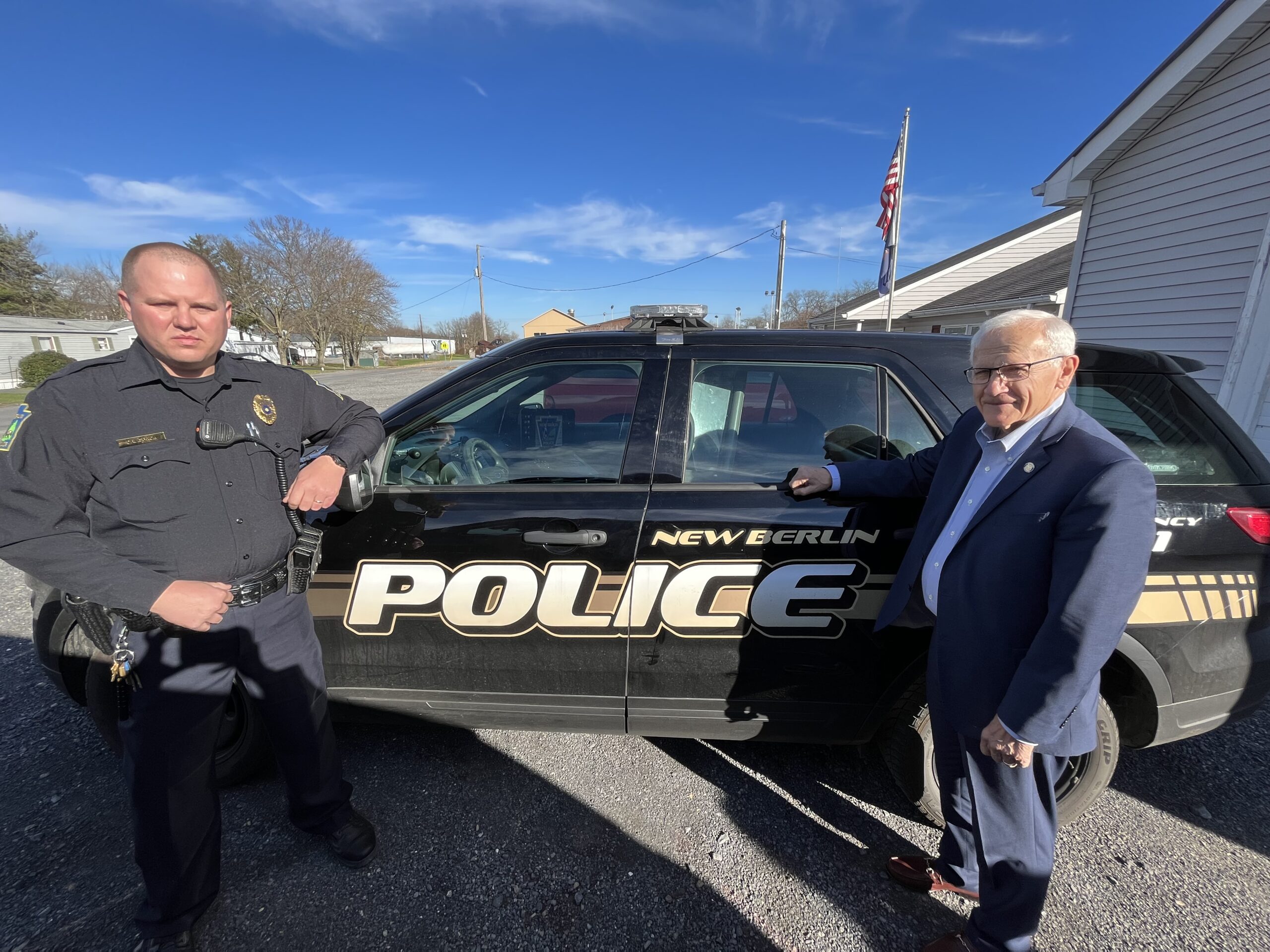 WILLIAMSPORT – State Sen. Gene Yaw (R-23) announced a $25,000 state investment for the Borough of New Berlin, Union County, this week.  The grant was used to upgrade the radios for the Borough’s Police Department.

“This state investment will assist New Berlin in meeting the public safety needs of the community,” Sen. Yaw said. “It’s an instrumental component of their emergency response efforts, and I was happy to advocate on their behalf.”

The grant covered the purchase, installation, and programming for two APX 4500 Motorola vehicle and mobile units and four APX 900 portable units. The new units have improved efficiency, better wireless connectivity and allows for interoperability among other P25-compliant organizations and first responders.  In addition to the full grant amount, additional costs incurred were covered by the Borough.

“The New Berlin Borough and New Berlin Police Department sincerely thank Senator Yaw for his support of municipal law enforcement,” said Rebecca Witmer, Borough Secretary and Treasurer.  “Senator Yaw was instrumental in helping secure this grant for communication equipment, which will help provide better law enforcement services to our small community and surrounding areas.  We are proud to have a Senator who goes above and beyond to help local, small communities like us.”