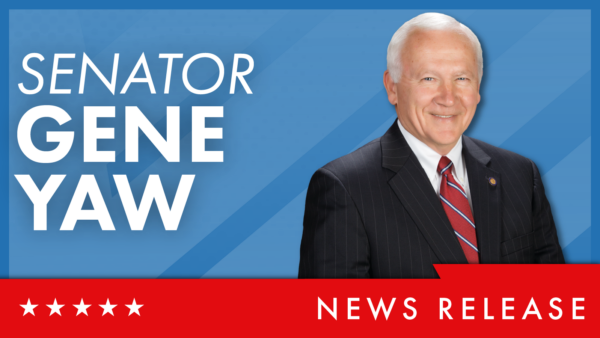 HARRISBURG – A bill establishing statewide uniform requirements restricting the use of “Class B” firefighting foams containing added per- and polyfluoroalkyl substances (PFAS) for training purposes and testing was reintroduced in the Senate, according to prime sponsor Sen. Gene Yaw (R-23).

Senate Bill 144, known as the Firefighting Foam Management Act, would restrict the use of foam containing PFAS chemicals beginning January 1, 2024 and direct the State Fire Commissioner to assist firefighting entities with evaluating and determining how to transition to the use of class B firefighting foam that does not contain a PFAS chemical.  The legislation would not impact the continued use of firefighting foams during emergency situations.

“Firefighters can face an extremely higher level of PFAS exposure compared to other emergency responders,” Sen. Yaw said.  “PFAS contamination is a national public health challenge, and this bill is a commonsense response, which has already been adopted by many states.  This bill will undoubtedly protect firefighters moving forward, while also safeguarding our ground and surface water from contamination.”

According to the Environmental Protection Agency (EPA), per- and polyfluoroalkyl substances (PFAS) are a group of man-made chemicals that includes PFOA, PFOS, GenX, and many other chemicals. PFAS have been manufactured and used in a variety of industries around the globe, including in the United States since the 1940s. PFOA and PFOS have been the most extensively produced and studied of these chemicals. Both chemicals are very persistent in the environment and in the human body – meaning they don’t break down and they can accumulate over time. There is evidence that exposure to PFAS can lead to adverse human health effects.

If approved, Pennsylvania would follow Colorado, Kentucky, Virginia, and Washington that have enacted laws banning the use of PFAS chemicals in firefighting foams. During the 2021-2022 legislative session, the bill overwhelmingly passed the Senate, but failed to receive a final vote by the House of Representatives.