“The breakfast is designed to listen to concerns and answer questions on how to improve agricultural conditions throughout our region,” Yaw said.  “I often receive many questions on dairy policy and dairy pricing, crop insurance, flood repair, farm transportation and Marcellus Shale.  The gathering is intended to create a friendly dialogue and exchange of ideas on all of these topics and many more.”

Vogel, a Beaver County dairy farmer and the only farmer in the state Senate, discussed his expertise in agriculture.  He also touched on the current budget impasse, speaking of the need for Governor Wolf to act on the current emergency funding proposal approved by the Senate and House.  “Implementing this emergency funding plan is our best option to provide immediate assistance to schools and human services organizations that are being hit hard by the loss of state funds. It will also ensure that federal dollars continue to flow to Pennsylvania while we forge a compromise,” Vogel said.

In his role as dean of Penn State’s College of Agricultural Sciences, Roush oversees one of the largest integrated academic and outreach units of its kind in American higher education. With research expenditures approaching $97 million annually, the college is one of the most research-active among its peer institutions, and serves 3,000 undergraduate students, as well as 580 graduate students through its nine academic departments.

During the breakfast, he provided background on a number of important items including Avian influenza (AI), commonly known as “bird flu.”  The Avian influenza virus occur naturally in birds and could impact the state’s $13 billion poultry industry.  The Dean also commended the many FFA students in attendance from Athens, Canton and Troy School Districts. 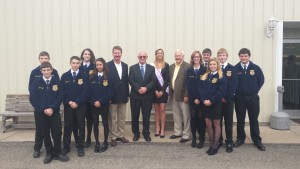 The Athens FFA chapter at the Breakfast Meeting on Agriculture hosted by Senator Gene Yaw. 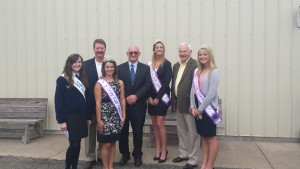 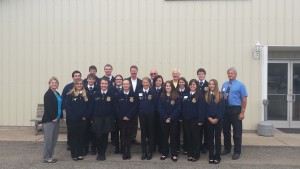 The Canton FFA chapter at the Breakfast Meeting on Agriculture hosted by Senator Gene Yaw. 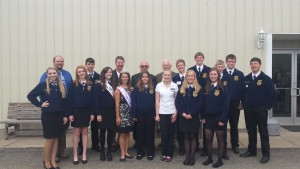 The Troy FFA chapter at the Breakfast Meeting on Agriculture hosted by Senator Gene Yaw.