HARRISBURG – State Senator Gene Yaw (R-23) today recognized Jennifer R. Wahl, a teacher at Loyalsock Township High School, as the “2018 Teacher of the Year” during a ceremony at the State Capitol Building.

In December, Wahl was named Teacher of the Year by Pennsylvania Education Secretary Pedro A. Rivera during the SAS Institute, the Pennsylvania Department of Education’s annual professional development conference.

Wahl, who has taught at Loyalsock Township High School for 11 years, was one of 12 Teacher of the Year finalists. Nominations for the Teacher of the Year were submitted by students, parents, peers, and members of the community wishing to honor and recognize educator achievements both inside and outside of the classroom.

“It has been said, ‘The mediocre teacher tells, the good teacher explains, the superior teacher demonstrates, and the great teacher inspires,” Sen. Yaw noted in his remarks.  “Today, we are here to honor an individual who has served as an inspiration to so many students in her career and will now be an ambassador to teachers across Pennsylvania.”

Wahl has been a social studies teacher at Loyalsock Township High School since 2006 and an adjunct professor at the Pennsylvania College of Technology since 2015.  Originally a New Yorker, she moved to Pennsylvania to attend college in 2002. She holds a bachelor’s degree from Cabrini University in history and a master’s degree in Educational Leadership from the Pennsylvania State University.

Sen. Yaw added that she is the first teacher ever to receive this recognition from the 23rd Senate District, which encompasses Bradford, Lycoming, Sullivan, Susquehanna and Union counties.  The Teacher of the Year Program dates back to 1961. 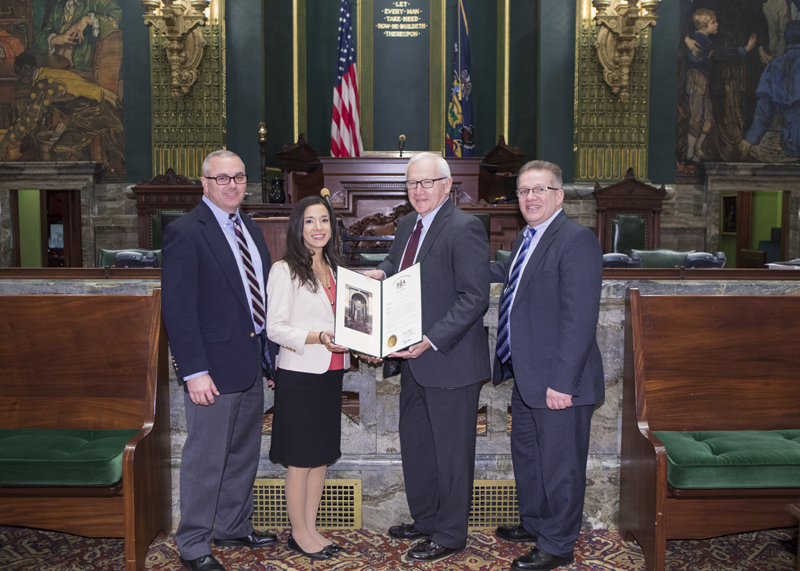