The recent win makes Hoffman the first wrestler in Lycoming County history to win three state championship titles. His final win was the 176th of his career, most in Montoursville High School’s history and the second most in District 4 history.

Senator Yaw and Representative Everett presented Hoffman with Congratulatory Citations from the Senate and House of Representatives recognizing his outstanding accomplishment.

“I have no doubt we’ll be hearing more about Gavin and his many accomplishments in the years ahead at Ohio State University. We could not be more proud of him for representing the Montoursville Warriors Wrestling Team, Montoursville High School and all of Lycoming County.”

Hoffman was joined by his parents, James and Marisa Hoffman, during the ceremony.

Note: The attached photograph is available by visiting www.SenatorGeneYaw.com. 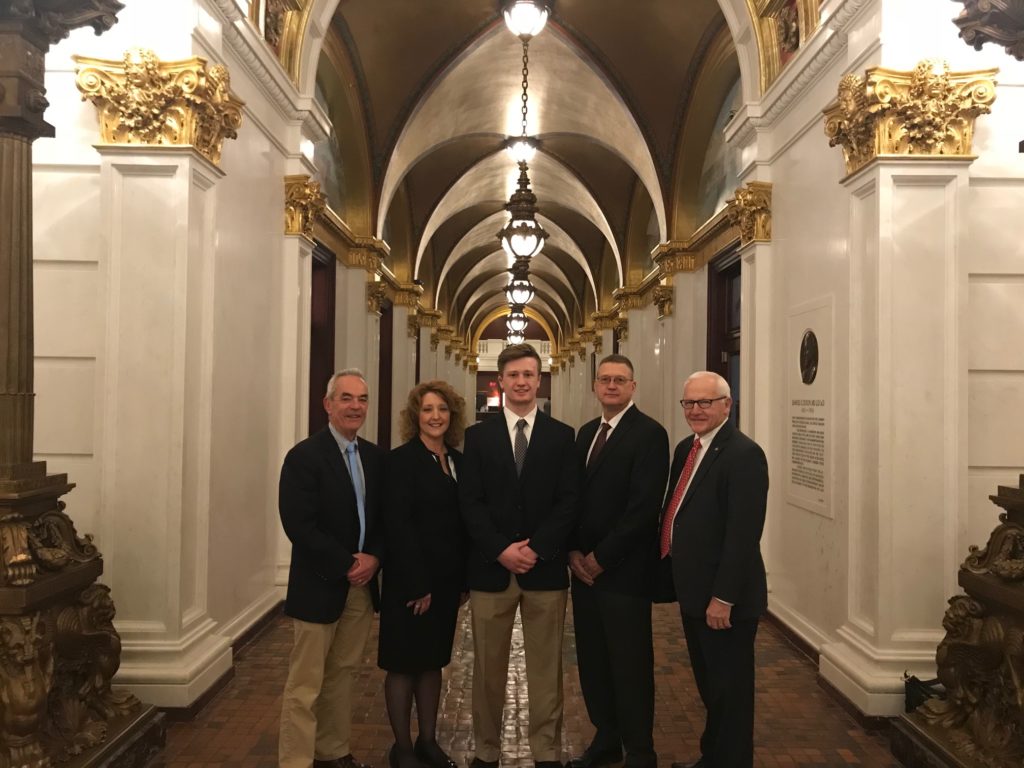